Next and New Look have confirmed that they are to occupy major new stores at Fairhill Shopping Centre, Ballymena.

Landlord, Corbo Ltd, has negotiated a surrender of the existing Bhs Store, which has undergone redevelopment and the new units have been handed over to Next and New Look who have commenced their fitting-out work. The new tenants will occupy approximately 27,500 sq ft and 25,000 sq ft respectively, and it is expected that the move will create in the region of 25 new jobs. New Look is scheduled to open in July with Next opening in September 2009. 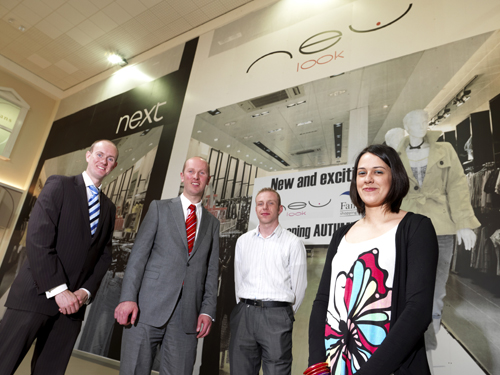 Colin Mathewson of Letting Agents, Osborne King, comments: "The announcement of these major lettings in the current economic conditions is a reflection of the dominant market position now occupied by Fairhill. Next and New Look are both upsizing considerably into major stores that will further enhance the tenant mix and retail offer within the scheme. Landlords, Corbo Ltd, are continually striving to improve the retail experience available at Fairhill and are determined that the centre, and Ballymena generally, will maintain their position as a leading retail destination within Northern Ireland."

The lettings to Next and New Look follow recent openings in the scheme, which include Perfume Shop, Vision Express and Subway, with Semi-Chem and Sky scheduled to open next month.