Mothercare have now completed their move at Newtownabbey to larger premises at Longwood Retail Park.

The new store extends to approximately 13,000 sq ft and opened at the end of June. The unit is more than twice the size of their previous store in Abbeycentre and offers the retailer’s full range of nursery, clothing, prams, car seats and toys. In addition, specialist car seat fitting is available with dedicated parking bays adjacent to the shop entrance. 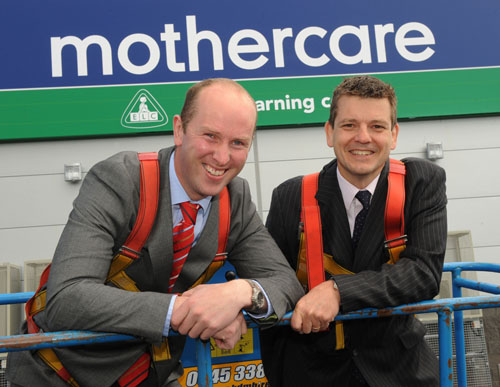 Roger Craig of Corbo Ltd comments - "We are delighted that Mothercare have joined the line-up at Longwood Retail Park. We have specifically identified them as a key retailer for the park providing an excellent product range that was complementary to other retailers already trading within the development."

Colin Mathewson of Letting Agents, Osborne King, comments - "Mothercare have created an exciting retail environment with an extensive product range ideal for their target market . The size of the store and the convenience of on site car parking has already made the store extremely popular."