Open College Network Northern Ireland (OCNNI) has moved its headquarters to new, high-specification offices at Heron Road, Belfast in a deal negotiated by Osborne King. OCNNI was based formerly on the Upper Newtownards Road, and the decision to move was prompted primarily by organisational growth according to Chris Sweeney from Osborne King who negotiated the letting on behalf of OCNNI. He stated: "Essentially, OCNNI had outgrown its existing premises and were looking for accommodation that allowed for easy access from both the city centre and the airport. The new offices also had to be fully compliant with current Disability Discrimination legislation in order to ensure maximum client accessibility. We spent a lot of time and effort in trawling through a number of possibilities before coming up with what we considered was the best possible fit for OCNNI. From our perspective, out-of-town business parks remain an attractive proposition for occupiers mainly due to on-site car parking and excellent transport links".

He added: "A large part of our role as letting agents also focused on negotiating the best possible lease and terms for OCNNI, helping to arrange fit-out costings and, generally, advising them on other practical matters pertaining to their re-location from their former premises".

Open College Network Northern Ireland is part of the UK's leading credit-based award body and was established to recognise the achievements of learners across Northern Ireland. Chief Executive Officer, Brendan Clarke, remarked: "This is a fantastic opportunity for OCNNI to ensure that all of our partners, schools, Further Education colleges, employers, voluntary and community sectors are able to ensure that the people they support have opportunities to access flexible learning in bite-sized chunks and link to the Qualifications & Credit Framework. This investment means that we will be able to support our learning centres and the learners more effectively as we seek to make Northern Ireland an even better place to live, learn and work”.

Open College Network Northern Ireland has a client base of over 350 organisations and has registered almost 150,000 learners in a range of areas including the private and public sectors and the Further Education, Voluntary and Community sectors. 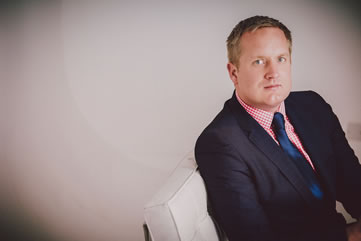