Is Christmas Coming Early For Some Retailers As Cross-Border Shoppers Flock Northwards?

Although retailers in Northern Ireland are facing the prospect of another tough year in business in common with their regional counterparts across the UK, many anticipate that the growing number of cross-border shoppers will trigger a significant spike in pre-Christmas sales figures. Despite the Irish government’s appeals to consumers to remain loyal to their own retailers and substantial price cuts introduced by companies such as Tesco, it is clear that the potential savings on offer north of the border coupled with favourable exchange rates are simply too tempting for the Republic’s shoppers to resist.

Analysts estimate that cross-border shopping will cost the Irish Exchequer something in the region of 430 million Euros (£388 million) this year alone in lost tax revenues, and while there have been representations from interested parties seeking reductions in VAT and Excise duties, such pleas seem to have been ignored. Recent results from market research company, TNS Worldpanel, reveal that almost 16% of households in the Republic of Ireland are now travelling north for their grocery shopping. This translates into a staggering 250,000 households up from 200,000 households making the cross-border trip during 2008. Statistics also suggest that Northern Irish stores have captured 2.6% of the Republic’s grocery trade worth an estimated 900 million Euros (£810 million) and as much as 10% of off-sales trade worth 260 million Euros (£234 million). Admittedly, the Republic of Ireland has the highest excise duties and VAT within the EU, which goes a long way towards explaining the latter figure.

In contrast to previous Christmas periods when Irish shoppers confined their shopping trips mainly to the border towns, traffic congestion and overcrowded stores in these towns means that we are now seeing a deeper penetration into the province, which is benefitting towns and cities including Armagh, Omagh, Craigavon and Belfast.

For instance, The Quays Shopping Centre in Newry has recently introduced pay car parking in an attempt to ease congestion at the Centre. Meanwhile, on-going infrastructural improvements between north and south are also helping to make other parts of the province more accessible. Indeed, it is estimated that a fifth of all shoppers in Belfast city centre now come from southern Ireland, a figure which rises to one in three shoppers at weekends. Figures reveal that Belfast had 1.1 million visitors from the Republic during 2008, an increase of 200% on 2007. 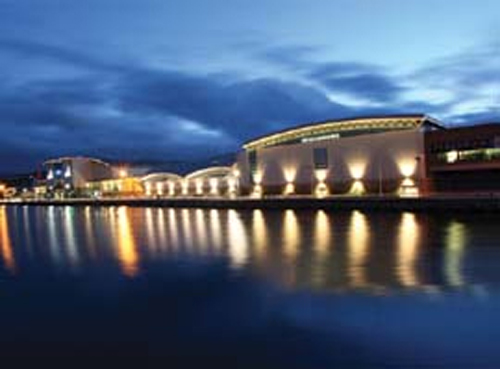 Obviously, revenue from Irish shoppers is benefitting the UK multiples to a greater extent than indigenous retailers in addition to the UK Exchequer, however, this revenue is helping to sustain local employment at a time when retailers across the UK are shedding jobs. There are also positive spin-offs for our tourism and hospitality sectors with figures released by the Northern Ireland Tourist Board stating a 14% increase in visitors from southern Ireland since 2008 translating into an average stay of 2.5 nights - a welcome economic boost for both sectors.

Looking ahead, it is unlikely that VAT rates increasing to 17.5% in the New Year will have a detrimental impact upon the flow of cross-border shoppers, particularly while VAT rates in the Republic of Ireland remain at their current level of 21.5%. In my view, it would take something fundamental such as a major currency correction or a radical re-structuring of tax or some other fiscal re-alignment to stem the tide of “euro tourism”. In the meantime, some sections of our retail trade, especially those specialising in food, alcohol, furniture and electrical goods can prepare themselves for a better Christmas trading period than might otherwise have been expected during these recessionary times.