NON-DOMESTIC RATES – HAVE YOUR SAY

On 26 October 2015 the Finance Minister, Arlene Foster MLA, announced a root and branch review of the non-domestic rates system in Northern Ireland offering non-domestic rate payers and interested bodies the first opportunity in years to have a say in shaping this property tax and its future application.  This important document can be found on www.dfpni.gov.uk and I would urge anyone who considers that this revenue-raising system can be improved upon, or who currently benefits from reliefs and exemptions built into the system, to study it and respond as appropriate.

Business rates are a tax based on property values and figures show that it raised approximately £592m in 2014/15 net of reliefs and exemptions which totalled approximately £221m.  No tax will ever be popular or considered universally fair, however, generally speaking, businesses in Northern Ireland pay no more rates than their counterparts in the rest of the UK even though reliefs and exemptions are more generous locally.  For instance, Northern Ireland “de-rates” manufacturing premises by 70% whereas the rest of the UK charges full rates.  Similarly, charities benefit from 100% exemption compared to 80% mandatory relief in other UK regions.  Furthermore, we pay 50% rates on vacant properties compared to 90% in Scotland and 100% in England and Wales whilst small business rate relief is unique to Northern Ireland.

While it is right to consider fairer and more cost-effective ways of raising revenue, should property rates be replaced the same amount of money would need to be raised by other taxes. Some businesses may benefit from a new tax raising system; others will pay more – effectively a revenue-neutral exercise.  Property rates have been around for centuries and despite their shortcomings are not likely to be abandoned in favour of a different tax-raising approach.

The big failing of rating locally is that the gap between re-valuations has been too long.  As rates are based on property valuations, the relative fortunes of different property types and locations differ over time.  The recent re-valuation was 12 years after the last one and resulted in sudden and significant changes in liabilities, over 100% in some cases.

However, if re-valuations were carried out more regularly, in my view, every three years, changes in liabilities would be more gently modulated and easier to cope with.  It would help to have this written into legislation and take the decision to re-value out of the political arena.

Reliefs and exemptions are an important element of the consultation.  Whilst necessary to alleviate inequalities and to encourage desirable activity, it is worth remembering that they have to be paid for by the remainder of rate payers.  I cannot see the cost of reliefs and exemptions being extended after this review, and at the risk of appearing cynical, I expect the £221m bill to be reduced.  Consequently businesses and bodies benefitting currently would do well to make the case as to why such support should be maintained. These include the two biggest beneficiaries: charities (£87m) and occupiers of industrial properties (£58m).

It is unlikely that any of the reliefs and exemptions categories will be done away with entirely, especially given the political sensitivities of doing so, although the economic benefits of the Small Business Rate Relief Scheme are questionable.  It is more likely that qualifying criteria will be tightened and more specific, which will exclude some current beneficiaries.

Many of the definitions, in particular those relating to industrial and charitable relief, were written over 40 years ago and are arguably not fit for purpose today.  It is also entirely possible that the percentages of reliefs may be reduced.

The consultation paper also considers whether new taxes ought to be introduced that could subsidise rates revenue, for example, land value tax, on-line sales tax and tourist tax.  All those taxes have appeal but no doubt have disadvantages also.

There is much to consider in this document and interested parties ought to respond before the closing date of 25 January 2016.  It may be a long time before another opportunity to influence how tax is raised in Northern Ireland arises. 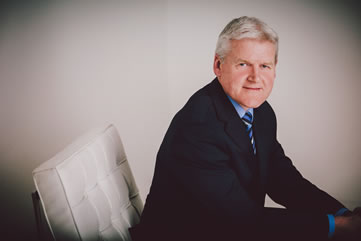