There can be little doubt that the impact of last June’s ‘Brexit’ vote had a sobering and defining impact on the local property market. Arguably, the past 12 months have been the most challenging within the post-recessionary climate, as initial uncertainty, became anxiety and finally fear and our local political institutions inevitably collapsed just when we needed them most. Hardly tempting ingredients for Northern Ireland: now throw in a splash of Trump, a dash of May and suddenly a real recipe for disaster is created…or is it?

However, Northern Ireland is nothing if not resilient; after all one way or another we’ve had to deal with political uncertainty for a generation (and longer). The simple reality is that ‘life must go on’ and what has emerged over the past year is a talented and aggressive pool of local entrepreneurs keen to invest in property and to support our fragile local market.

Friday, 23rd June, 2017, marked Osborne King’s largest property auction for a decade resulting in over  £11.5m of commercial property, land and residential product sold prior to or on the day of auction, reflecting an overall success rate of 89% which is comfortably in excess of industry standards. The mix of property was also encouraging ranging from office investments to land with asking prices in the millions transacting on the day.

Is this a shameless plug for OK I hear you cry? No, not a bit of it! It’s merely much-needed evidence of significant life in our market, life created from within by cash-rich, indigenous investors not prepared to sit back and wait to see what happens. In fact Osborne King has sold over £30m worth of commercial investment product in the post-Brexit period to such buyers, with a further c. £30m worth of investments currently in contract and due to complete in Q3 2017. On an even more encouraging note, these individuals will presumably be buoyed by the promise of Westminster’s £1bn windfall and the prospect of much-needed infrastructure investment.

Adding to a more optimistic picture, office take-up appears to have rallied in the past quarter with Q2 figures showing a dramatic increase on the previous period. It should, however, be noted that around two thirds of the 150,000 sqft of letting space reported relates to a single transaction, but even allowing for this the numbers show a marked increase from less than 20,000 sqft in Q1 2017. Grade A Office rents continue on an upward trend with clear market evidence of rents being recorded that exceed £20.00 per sqft on a headline basis.

There is positivity too in the retail market, as traditional retailers and food and beverage operators compete for limited available space particularly in Belfast. The influx of brands such as Stradivarius, Sostrene Grene, Skechers and Hotel Chocolat has refreshed the retail offer while Patisserie Valerie, Freshii, Costa Coffee, and several local F&B operators have moved to secure units within the traditional retail core. Rents have recovered well within this context and we expect steady growth to continue in the short/medium term.

Arguably it would appear that once again our irrepressible nature is trumping uncertainty (no pun intended), and provided we continue to concentrate on supporting our indigenous players there is every reason for optimism as we move into the second half of the year. 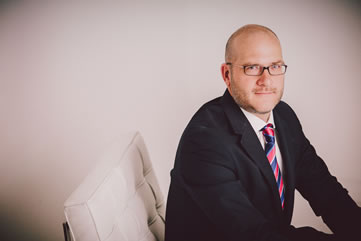